Back in the early days there were no two-way radios. Luckily, Lemnotis employed a dispatcher who had an uncanny knack for calculating when one of their cabs would be passing nearby. Based on his instincts, he would run to the corner at just the right time to flag down the driver and hand off new assignments. 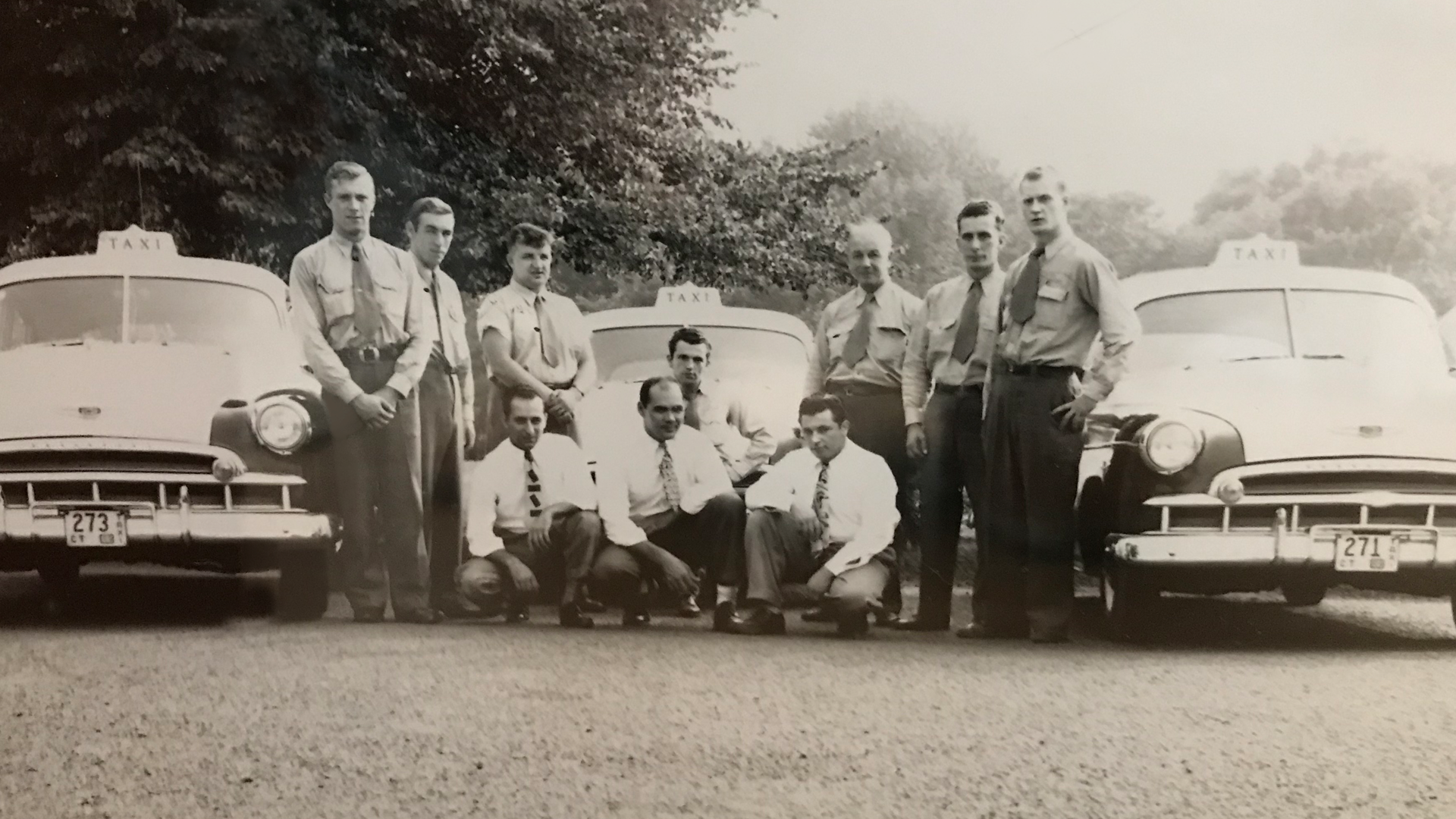 Over the years Town and Country has transported thousands of customers to destinations up and down the east coast. But the riders that were closest to Lemnotis’s heart were the children with disabilities that he transported to area schools from 1953 to 2018. Town and Country received multiple awards for their advocacy for and  unwavering committment to children with disabilities. 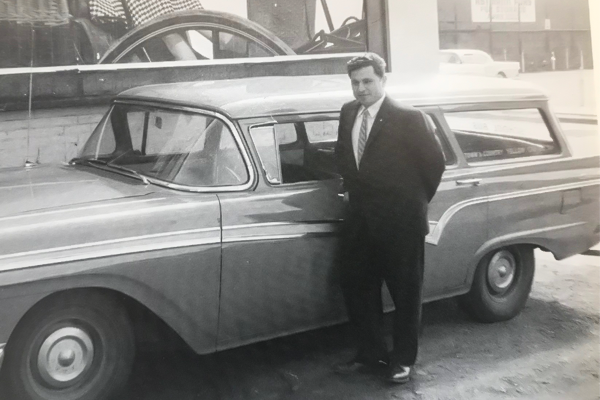 Andrew P. Lemnotis beside a Town & Country Yellow Cab vehicle used as a school bus in 1957. 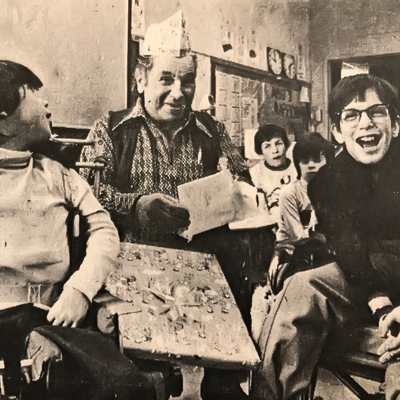 The children of Smalley School School in New Britain  celebrate “Happy Andy Day” to honor Lemnotis and Town & Country for their excellent and caring service.